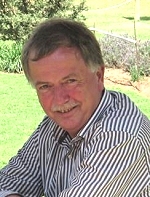 Professor Martin van Maarseveen is currently Head of the Department of Urban and Regional Planning and Geo-information Management, and Professor of Management of Urban-Regional Dynamics at the University of Twente. He graduated (cum laude) in Applied Mathematics in 1976 and in 1982 he got a PhD degree in Stochastic Systems Theory with a thesis on Filtering and Control of Traffic Flows on Motorways at the University of Twente. In 1980 he moved to TNO, the Netherlands Organization for Applied Scientific Research, and worked as a senior researcher and later Director of the Traffic and Transportation Research Centre in Delft. In 1989 he returned to the University of Twente to become a founding father of the multidisciplinary School of Civil Engineering & Management. In 1995 he became a full Professor of Strategic Transport Planning and Sustainable Development, and Head of the Centre for Transport Studies. In 2001 he also became vice-dean of the new Faculty of Engineering Technology, a merger of the Schools of Mechanical Engineering, Civil Engineering & Management and Industrial Design. He was the driving force behind the establishment of the Knowledge Centre AIDA (Applications of Integrated Driver Assistance) in 2003, a co-operation between the University of Twente and TNO. In 2008 he joined ITC.

He has been a lecturer in transport planning, transport modeling, travel demand analysis, traffic engineering, traffic flow theory, sustainable transport analysis and traffic safety. Nowadays he also lectures in urban planning and dynamic land use modeling. He has been involved in a large number of national and international research projects. Recent international projects include studies in Ahmedabad, Pune and Delhi (India), Cape Town (South Africa), Dar-es-Salaam (Tanzania), Hanoi (Vietnam), Rio de Janeiro (Brazil), Yogyakarta (Indonesia) and Wuhan (China). Since 2003 he is a guest lecturer in transport modeling and assessment at the University of Cape Town, South Africa. He is the Chairman of the Cycling Academic Network (CAN), an international network of academic research institutes around the world in the field of cycling-inclusive urban transport planning. Since 1999 he is the chairman of the annual Netherlands Transport Conference (NVC).

Access or Accessibility? A Critique of the Urban Transport SDG Indicator

Can the urban poor reach their jobs? Evaluating equity effects of relocation and public transport projects in Ahmedabad, India

Your message has successfully been sent.
Your message was not sent due to an error.
If you made any changes in Pure these will be visible here soon.